Car Wars – BMW Light Years Ahead with Power and Control

In March 2017 at Pro Light and Sound in Frankfurt Clarke Cable had a stand where we met Martin Kuhn from NIYU.  NIYU were designing the screens, the layout, the video and the overall theme for the BMW stand at the Frankfurt Motor show 6 months later.

Martin asked if Clarke Cables could come up with a solution to an innovative part of the lighting show being designed for BMW’s stand.  The short answer was yes, we could.

What BMW needed from Clarke Cables was to design and manufacture a strong, simple, mobile, flexible and powerful cable that delivered both enough power and enough data capacity to enable them to operate a breath-taking, space age presentation as a backdrop to launch the concept of their Tesla-powered iVision range, the BMW i3 and i5………

….as you can see from the video clip, that is exactly what Clarke Cables came up with.

The stand, which was created by Creative Technology in Germany, then took 2 ½ months to build. The technology used was similar to that on the Muse world Tour.

The basic product concept from Clarke Cables was to simplify and strengthen what would otherwise have been eight separate cables into one product.  Our design incorporates 4 x HO7RNF Power cables and 4 CAT7 PVC-insulated ethernet cables (needed to cope with sheer amount of signal) within a single, robust but flexible outer Polyurethane sheath. 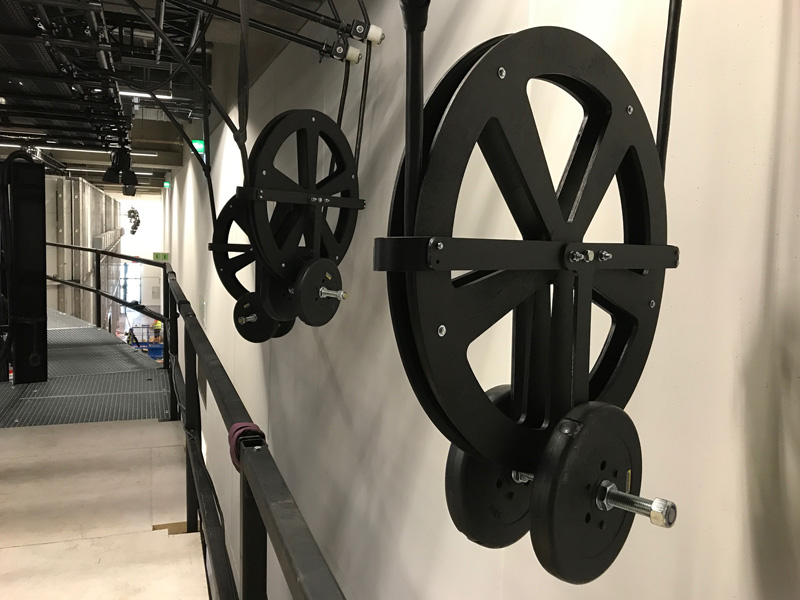